Following the success of the experimental Atlantis program, the Johannesburg class was designed around an entirely new hull created for the specific requirements of battlecruisers. Its primary armament is a pair of huge quad UF-4200 mass driver turrets, a more potent array of this calibre than a Beijing class battleship. It also features launch capacity equivalent to a Seattle class Fleet Carrier. In combination with the speed necessary to keep up with cruisers, it is a superlative and flexible killing machine.

The Perth class dispenses with the largest mass drivers in favour of an enormous Viper super-heavy anti-ship laser, one of the largest weapons ever to be mounted to a UCM vessel. This colossal weapon takes up over half the ship’s length. It is devastating if unsubtle when fired and fully capable of neatly slicing a cruiser in two. The Viper’s obvious energy signature necessitates use by a skilled captain if enemy retribution is to be eluded. The massive generators and power storage facilities needed to feed this beast of a weapon precludes the launch bays featured in the Johannesburg, although the Perth compensates by doubling the UF-4200 mass driver armament of its sister class. 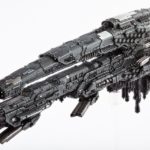 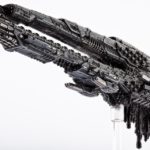 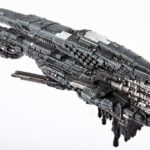 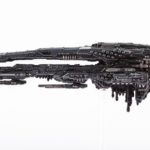 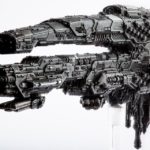 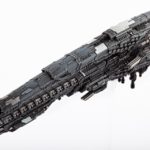 The dreaded Akuma class battlecruiser features a combination of speed, heavy firepower and ability to mask its own energy spikes. The last attribute is the most crucial, enabled by its massive cloaking tailfin – the most effective of its kind in the Scourge navy. These qualities make the class the preeminent cause of civilian shipping loss, where poorly defended supply vessels are frequently annihilated far too quickly for any response.

The Banshee class also features an awesomely potent cloaking tailfin, making it virtually impossible for them to register energy outputs to enemy scanners. This allows them to unleash their considerable firepower and manoeuvre violently with no negative consequences – a formidable advantage to any captain in a heated engagement. The Banshee differs from the Akuma by dispensing with much of its oculus cannon loadout in favour of lethal close range plasma weapons. Utilising its cloak, these ships can approach a target silently before suddenly unleashing superheated hell. Even once it has done so, the Banshee will not pay for its aggression by becoming more visible to the enemy. It is also armed with a massive torpedo, designed to blast a significant chunk from even a capital ship’s hull before injecting hundreds of Razorworms into the wound – deadly killing machines more than capable of eviscerating what’s left of the unfortunate crew. 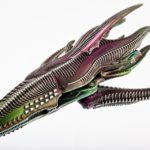 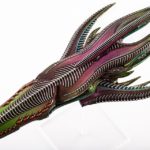 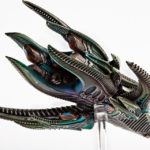 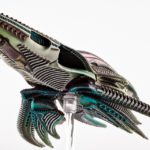 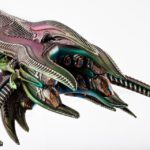 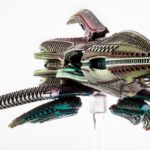 The Ruby class battlecruiser is a highly potent vessel designed for maximum firepower in a fast, sleek package. It is an excellent interdiction vessel, superlative in the arts of flanking sweeps and the annihilation of enemy supply convoys behind the lines. It features battleship-level firepower in a fast package which can keep up with cruisers, making it a popular command ship for missions that require speed above toughness. However, it lacks a battleship’s ability to take punishment, requiring dexterity, restraint and opportunistic aggression in equal measure from its captain. The Ruby is armed with a pair of disruptor banks and a pair of lethal particle lances – weapons which can slice through any armour ranged against them.

The Sapphire class is a more specialised and unusual vessel, conceived for disruption and close range engagements. In combat, it relies on a pair of ion storm generator banks to inflict crippling damage at close range with the option of use in the orbital bombardment role. Its second main armament is a pair of gravity coils. These forward facing constructs create a highly localised and damaging beam of gravitic disturbance, ripping chunks from hulls, crushing bulkheads under their own weight and even changing the heading of a multi-thousand ton warship, disrupting the battle plan of any foe. 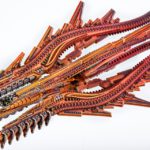 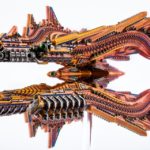 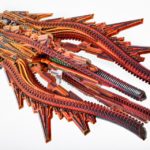 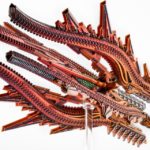 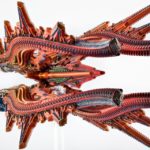 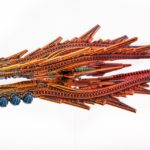 The fearsome Agamemnon class battlecruiser features a double-decker, full length mixed mass driver broadside with the potential to lay waste to multiple foes with imperious ease. However, the class lacks any meaningful firepower on the front quarter, making it best employed in the heart of an engagement. This contrasts with the excepted role of battlecruisers in the UCM, where flanking, hunting and avoidance are crucial. PHR battlecruisers seem to be laid out to be an efficient broadside platform, where superior toughness can be expected to get these lethal ships to the heart of any engagement.

The Agamemnon’s sister class, the Priam, is often tasked with destroying large groups of enemy light vessels and merchant shipping, making its role closer to that of traditional battlecruisers. It is equipped with an extensive light calibre broadside and cavernous launch bays the equal of a Bellerophon heavy carrier. Since lighter ships with poor point defence are particularly vulnerable to bombers, this supports the ship’s primary role. In addition, the ability to throw up an enormous swarm of fighters allows Priam to protect friendly ships, often the lighter escorts that may accompany it on interdiction missions behind enemy lines. 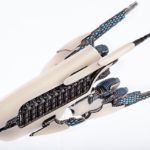 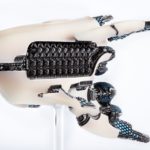 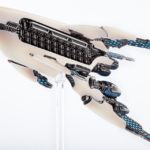 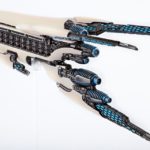 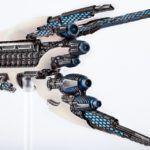 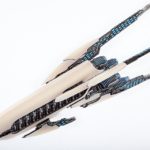